Thanet Road Club’s youth riders endured a busy weekend, with the first road race of 2018 and the last cyclocross event of the 2017/18 season on the same weekend.

Eight riders made the trip to the Redbridge Cycling Centre in East London on Saturday, a £5m London 2012 legacy facility including the infamous Hog Hill, which averages 8% over 300m with a maximum 10.5% near the summit.

The LVYCC Youth Races, hosted by Lee Valley Youth Cycling Club, attracted a very good entry across all age groups, despite awful weather conditions with the temperature at four degrees and continuos heavy rain throughout. Many riders failed to finish, suffering from the cold or from punctures caused by flints washed on to the course.

Best placed Thanet rider was Emily Heasman who finished fifth in her first U16 Girls race. She found it difficult riding in the bunch because of the spray coming off other riders’ wheels, so Emily attacked off the front of a very good group but was chased down and stayed with the group for a fine finish. George Pittock used similar tactics, winning a bunch sprint in the second group for an excellent ninth place in the U16 Boys.

The heavy rain cleared overnight and in time for the final round of the East Kent Cyclocross League, hosted by VC Deal at Betteshanger Country Park on Sunday, but ground conditions were very wet and the already technical course was even more challenging.

Emily Heasman again came out on top, second in the U16 Girls race behind Charlotte McGreevy of Liv AWOL who won every round of the series and recently placed eighth at the National Trophy Series. George Pittock was unlucky to crash on the final lap, losing third place and a podium place to finish fifth in the U16 Boys race.

In the senior races Thanet RC had 2 competitors on a course that was becoming very muddy. Firstly Nicola Goodban in 13th in a competitive women’s race and Shawn Manning 9th in the Vets Mens 40+.

Head Coach Colin Robinson said “This was a great turnout and some impressive results from all of our riders. The weather conditions on Saturday were probably the worst I have ever seen for a road race, and then to turn out and do it all again on Sunday shows real commitment. Chapeau to all of our riders!” 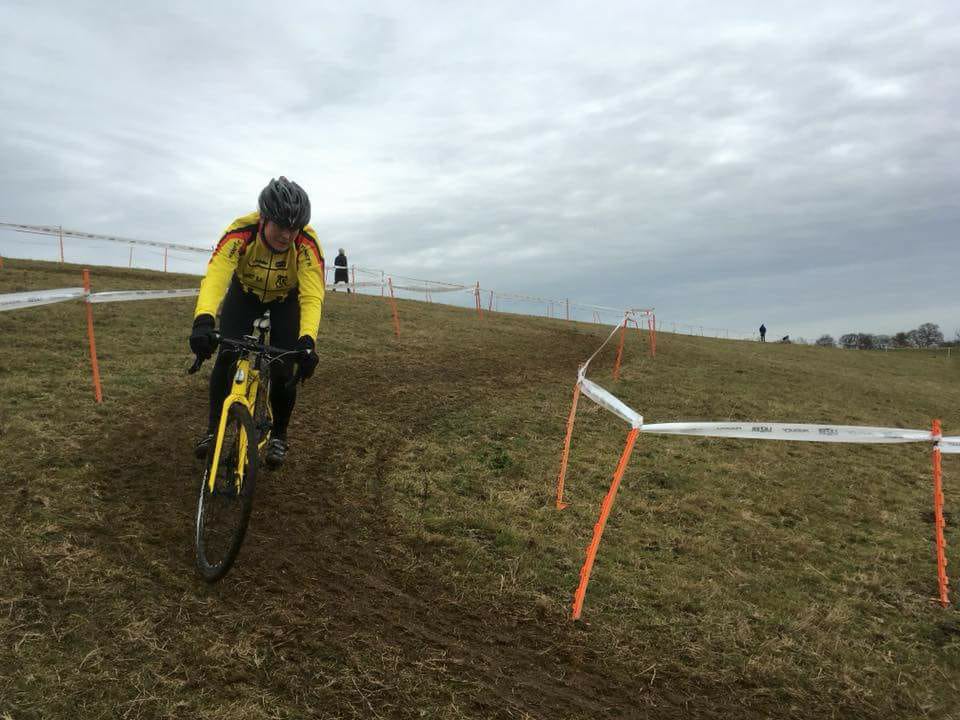