Lance at Icebreaker 1 at Newport Velodrome

My mum and I drove to Newport on Friday evening ready for the Newport Velodrome Icebreaker 1 race. I felt nervous as well as excited, I knew the racing would be tough, this was my first track race as an U16, on U16 gearing and up against riders many of whom are 2nd year U16 and those that aren’t are on the ODA already on knocking on the door!

Our hotel in Newport was evidently the hotel of choice because the hotel dining room at breakfast was full of other riders and their parents. We gear checked, signed on and started warming up, chatting with riders that I have made friends with at either these races last year or at the track RSR’s. Track centre really is like a big family everyone seems to know most people. It is always daunting being the only rider from Thanet RC at an event especially as on the track often clubs race as a team even though commissaires discourage it!

First event was the 16 lap Scratch heat, the pace was strong, I’d chosen not to race with my Garmin on as for big races I don’t like the distraction but it felt faster than any other race I’d competed in. I dug in and despite another rider who’d been lapped trying to catch back on the group rather than staying out of the way and in doing so blocked my line. I pushed hard in the final lap and finished in the group but missed the top 12 positions in order to make the Scratch Finals.

Second event was the 32 lap Points heat, I had hoped/planned to try and make a break early to go for the first sprint but so it seemed did many of the other riders and as the pace built I dropped off the back of the pack and got lapped (I’d never been lapped in a points race before) I tried hard even accelerating to try and unlap myself but just couldn’t manage it.

Third and final event for me was the Devil my goal (after a day of learning just how tough U16 track racing could be) was simply not to be first out in the Devil and I am pleased to say I achieved that goal and stood track centre at the end cheering on Tom Lord and Innes Harvey who came 1st and 2nd respectively.

I have learnt a lot from racing this weekend and hope to improve on my performances in the races at the Icebreaker 2 and 3 at Newport in February and March as well as racing at Derby in February in the support races for the Men’s & Women’s National Omnium. I was disappointed with my performances but I now have an idea of just where I need to be and look forward to working with my coach to get stronger and faster throughout the season. 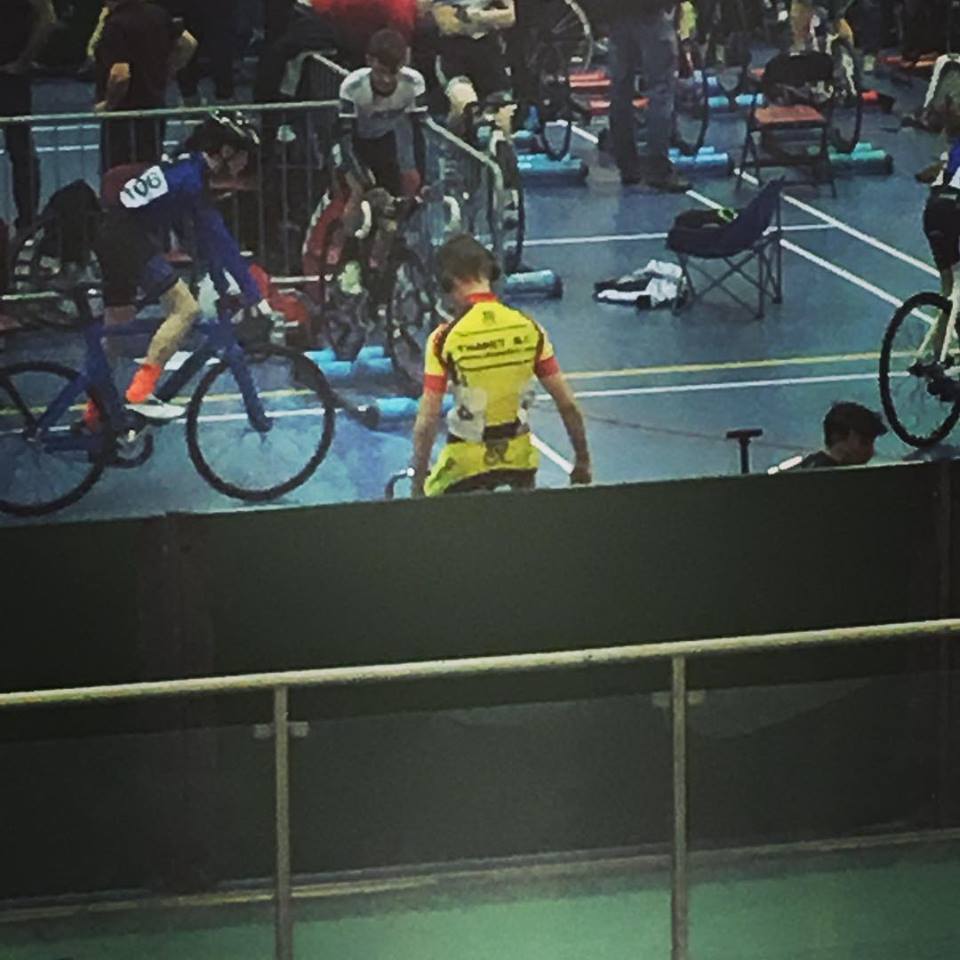