Weekend TRC racing round up

An amazing experience for Thanet RC RT riders to line up against the pros at the March Hare Classic at Cyclopark on Saturday with strong teams from Team Wiggins, NFTO and Richardson-TREK. The crit race was very long at 2 hours with total distance of over 50miles for riders. Ollie Robinson and Rob Milnes took part in the race and really noticed the step up in class, but Ollie did very well staying then attacking off the front of the second group on the road to eventually win the sprint for 13th from a group of 3 riders including local rider Michael Butler (Hargroves RT). Rob stayed in for 60mins than unfortunately lost contact with the fast moving bunch. Been both riders enjoyed the experience.

Also Alastair Clifford took part in his first road race in the 4th cat race. He did well but unfortunately got held up behind a crash near the end to miss out on a top 10 finish.

Great weekend at the first of the RTTC National Series. Good results with Chris Fennell getting 4th (3rd) and 18th (17th) for Nic Fennell. Alex Dowsett came in first but as a pro his position didn’t count so moved us all up

Thanet Road Club swept the board claiming 4 prizes at this challenging 22 mile time trial on the ‘hilly’ Kent course this morning.

The course had reverted to the 2014 format starting at Challock and taking in the descent and climb back up Charing hill before the return leg to Challock, the treacherous decent to Boughton Lees and accent back up Molash finishing back at Challock

Conditions were cool with much of the course having damp patches and a slight northerly breeze that helped keep up the speed on some stretches of the course.

Prize’s after the event were presented by Pete Haswell founder member of VC Elan.

Once again the event was well supported by TRC with Christine Burrows acting as start timekeeper.

My interpretation of results (start order) 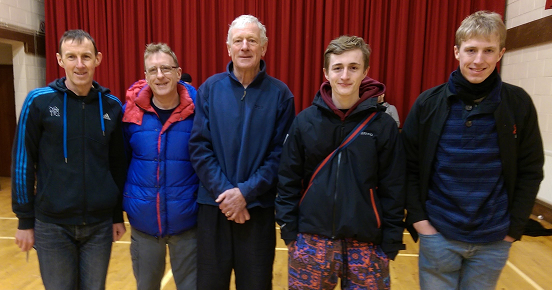 We await the results