Busy weekend of road racing saw Ollie Robinson take TRCs first road win of 2016 with a fine victory in the SERRL 3-4 race at Bethesden this morning. The 85km race stated with a single rider forming a 2min advantage after 40km then Ollie initiated a 8 rider group who rode across to the leader with 30km to go. The group stayed together until 3km then Ollie got away with a Addiscombe rider who he beat in a sprint finish after going early. Ollie has now gained enough points for his 2nd cat. 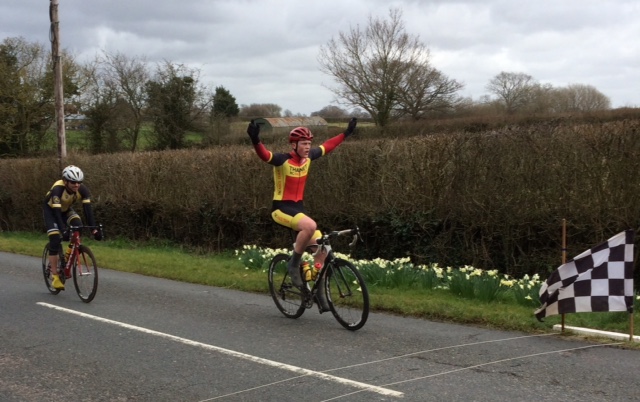 Also Lance and George travelled up to Lee Valley for youth road events on Saturday. There was a large competitive field in the U14 and U16 joint race but the boys rode very strongly to gain 11th and 12th places (TBC) Post by Colin Robinson.