Thanet Road Club continued its 70th anniversary celebrations with 200km and 110km Audax rides on Saturday 2nd September. Audax is a type of long-distance cycling event, which has its origins in France in the late 19th century. Audax is not a race, and riders of all levels of ability and experience take part, testing their own limits of endurance on the bike. Riders carry a card called a ‘brevet’ which they must get stamped at checkpoints along the route to prove they have completed the distance.

Organiser David Kenning of Thanet RC planned a 200km scenic ride along quiet country lanes through Kent and Sussex, heading down to the south coast at Hastings, and a 110km ride, which was a shorter version of the same route, staying entirely within Kent.

83 riders started the two rides, with 47 completing the 200km distance and 17 completing 110km. 24 Thanet RC members took part and there were 12 female riders and five youth riders. The youngest participants were club members Tallulah Butcher and Finn Dunton, both aged 13, who completed the 110km ride. 14 and 15 year old brothers Jack and Luke Hill completed the 200km ride with club mate George Pittock (15) in 8 hours 40 minutes riding time. All riders completed their rides within the time limit of 13.5 hours.

Both rides started and finished at Goody Ales in Herne and David Kenning said “I would like to thank Karen and Peter at Goody Ales, as they played a huge part in the success of the event. They provided a meal for riders at the finish, using high-quality produce from local suppliers, as well as their own excellent beers, which proved very popular post-ride refreshment at the end of 200km! Karen and Peter really embraced the event and were genuinely interested and really contributed to the relaxed, friendly atmosphere”.

Plans are already being made to run the event again next year, on Saturday 1st September 2018. It is not open for entries yet but anyone who is interested should keep an eye on the Audax UK website www.aukweb.net/events 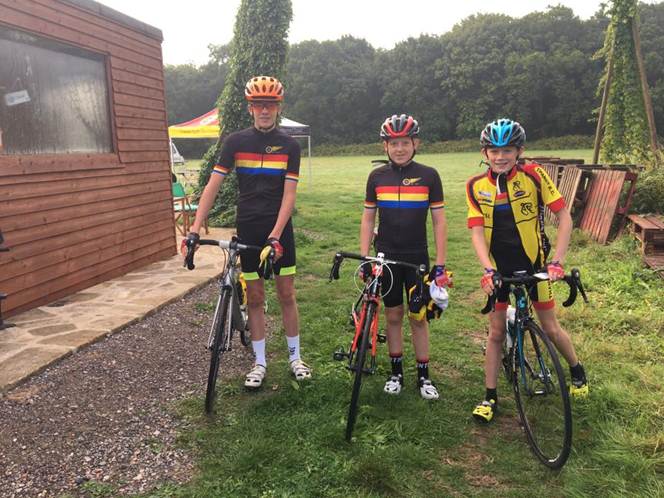