At the halfway point in the 2017/18 cyclocross season, Thanet RC has so far been represented by 23 riders in all age groups, locally in the East Kent, London and Eastern Cyclocross leagues and further afield in the National Trophy Series and in Europe.

The highlight of the season so far was undoubtedly Toby Perry at Koppenberg Cross, a long-established race in Belgium that includes eight laps of the steep and cobbled Koppenberg climb that has been used many times in the Belgian Classic the Tour of Flanders. Toby was in the lead group on the first lap, a group that included UK national champion and European bronze medallist Ben Tulett, before dropping back and finishing an excellent 38th. Toby has also competed in the first two rounds of the HSBC UK Cyclo-Cross National Trophy Series at Derby and Abergavenny where he finished 50th and 36th respectively.

Thanet riders have been successful in the East Kent Cyclocross League with Hamish Reilly winning the U16 Boys race at Sandwich in September and Toby Perry second in the Junior Men category at Ramsgate in October.

George Pittock, Hamish Reilly (both U16 Boys), Freya Cook (U14 Girls) and Lughaidh Cook (U12 Boys) have all secured top 10 finishes in London Cyclocross League races across the region.

Best placed of the adult riders has been Shawn Manning (Men V40) with top 10 finishes in each of his three East Kent Cyclocross League races, while Nicola Goodban (Women V40) has been similarly consistent in the women’s races at the same events.

Competition is just as intense for the minor placings, and new Thanet RC member Mick Rendell summed this up when he said “Racing someone is good wherever we finish” after losing out to club-mate Simon Neame in a battle for 40th place in the Men V50 category at East Kent Cyclocross League at Northbourne in November.

Head coach Colin Robinson said “Cyclocross is a great way to stay in shape during the off-season. It is probably the most spectator-friendly form of bike racing, with an incredible variety of terrain, obstacles and weather conditions. Cyclocross is also very accessible, you can show up on almost any bike and just have a go and you might find yourself in a race against guys like Ben Tulett who races in our local races in between competing for Great Britain!”. 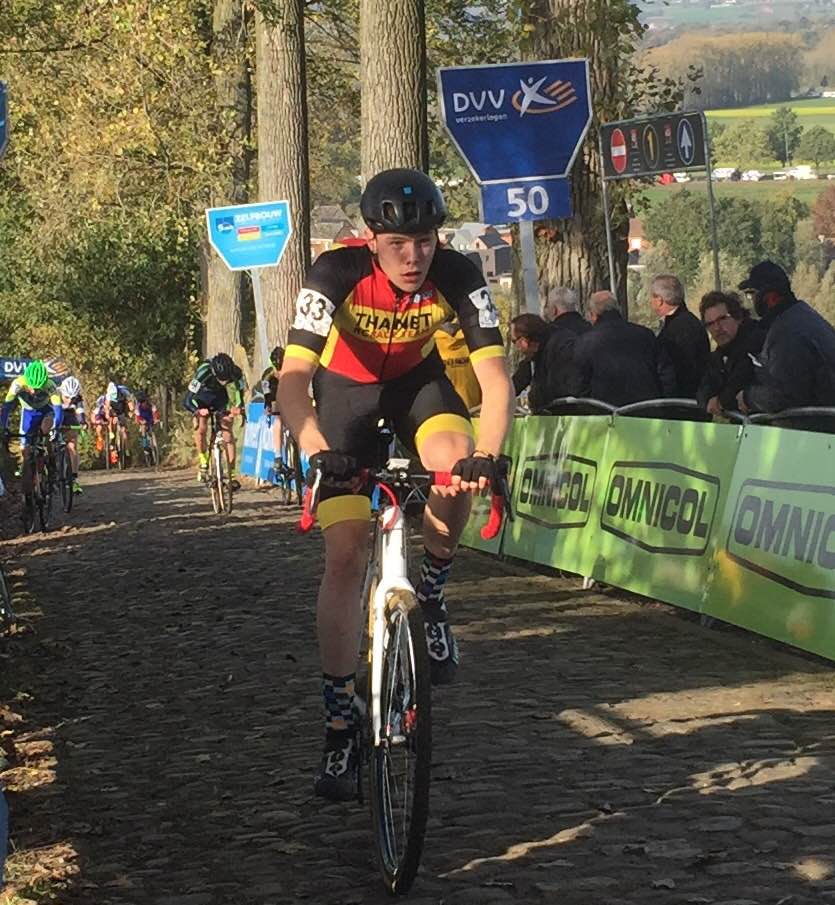