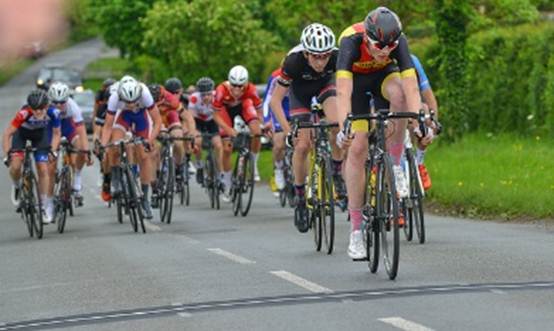 Finn Dunton (U14) and George Pittock (U16) travelled to Winchester on Sunday for the first of four Velo Club Venta Summer Series criterium races.The event took place at the South Winchester Park and Ride site and involved laps of a teardrop shaped circuit about 750m in length. It attracted small but high quality fields from across the southern counties and was very well organised by the host club with a friendly atmosphere.Finn stayed in the main bunch but appeared to have been dropped when the pace increased and the bunch split with one lap to go, but he battled back to rejoin the chasing group and beat the others in the final sprint to take sixth place.George rode well within himself towards the front of the bunch but was slow to respond to an attack and four riders got away. The bunch was reluctant to chase and George thought about chasing on his own, but he settled into a second group and again finished sixth.The other races in the series are on Sunday 23 July, Sunday 13 August and Sunday 17 September, and online entry is available through British Cycling. 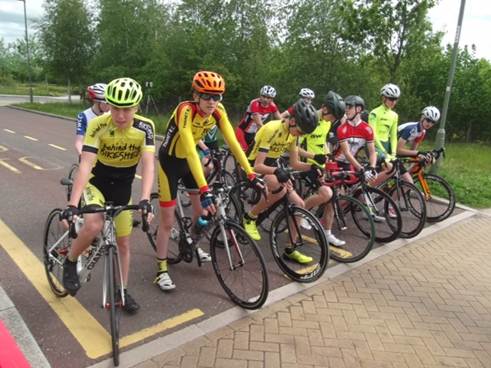