The event is the high point of British Cycling’s calendar of youth racing, and where the national age group champions are crowned.

The 85 Under 14 Boys were selected by the organisers, the top 20 ranked riders in the UK were all on the start line and the 2km circuit, a £5m London 2012 legacy facility, included the infamous Hog Hill, which averages 8% over 300m with amaximum 10.5% near the summit.

The pace was fast from the gun with Oscar Nilsson-Julien (VC Londres) launching a solo break on the second lap and opening up a gap of over 20 seconds before the main bunch closed him down. George stayed with the main bunch for 25 minutes as a series of attacks went off the front, but then he dropped back into a small chasing group.

The race was won by Oliver Stockwell of Welwyn Wheelers, who had a lead of more than 30 seconds before the peloton reacted, but he held on to win by just a few seconds ahead of Manchester based Mossley CRT riders Robert Donaldson and Junior Jackson who took second and third respectively.

George worked well with his friend Lloyd Costello of Preston Park Youth CC (Brighton) until the group were unfortunately lapped by the leaders and pulled from the race according to British Cycling regulations.

George was pleased with his overall performance and his first appearance at the national championships. He is currently ranked 10th in the South East region (Kent, Sussex, Surrey and London) and finished where he expected to be among his closest rivals.

George has worked very hard this year, he has achieved all of his goals for the season and this was further valuable experience for him. 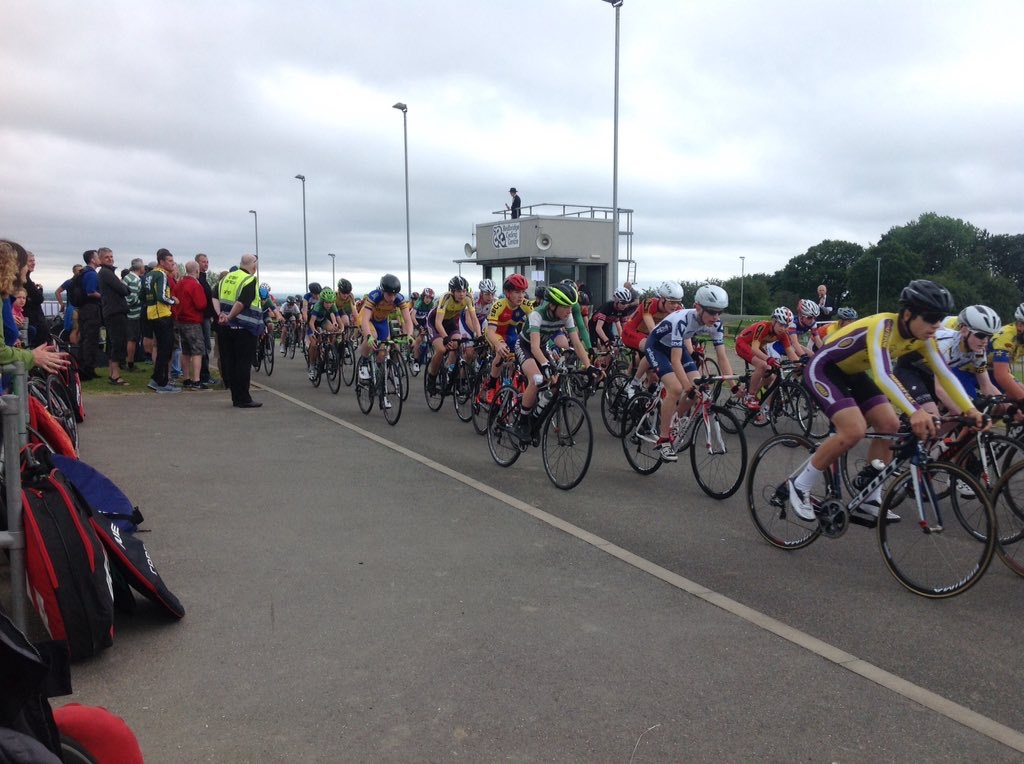