So much racing TRC riders are involved in and difficult to keep a track of all results so if I miss anything please let me know.

London Nocturne
TRC had four riders in the support race at the Nocturne in field of 90. The race was extremely fast at 27mph average on 1km lap in the city of London by St Paul’s. Ollie Robinson got lots of name checks on the commentary as broke away with another rider for 3-4 laps before being brought back and finished 13th in the bunch sprint. Toby Perry rode a very strong race in the high class field and finished 58th with Rob Milnes at 74th and Alex Ashman DNF. 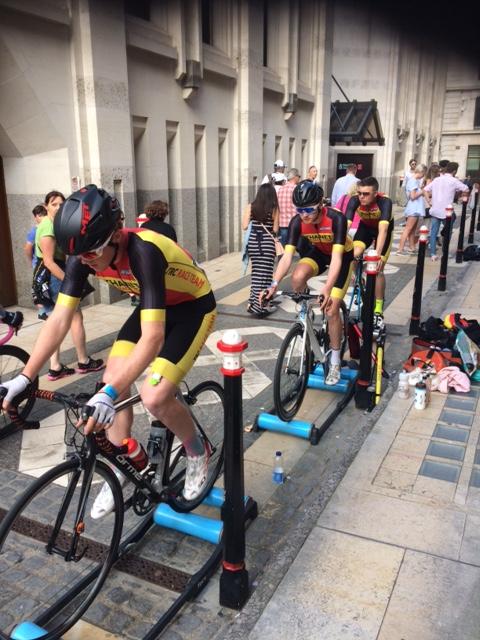 Report from Jo Smith on her weekend

For some reason it seemed like a good plan to enter both the women’s elite race and the women’s fixed Crit at the London Nocturne on Saturday and the women’s national omnium series round at Halesowen on Sunday! At midnight driving through central London, it did not seem such a great plan!!

The first race of my busy weekend was the London Nocturne fixed gear Crit – the first time a women’s only fixed Crit has been run at the Nocturne. A strong international field made for a fast race. Unfortunately about halfway through the race, a big crash stopped the race. With a tight schedule for the evening, we restarted with just 5 laps to go. I tried to hold position at the front of the race but got stuck on a very dodgy wheel going into the last lap and had to chase a long way in the final straight to come home in 5th, not what I hoped for, but not too bad really!

There were only 30 minutes between the fixed and the elite races so I had a quick kit change into my TRC skinsuit and a spin to the other end of the circuit where the “pro” races started. I arrived just in time for the briefing and managed to get close to the front for the “neutral” lap. Anyone who has ever raced a city centre Crit will know that a neutral lap is anything but neutral! I was pleased to be able to stay in the wheels and stick with the front group for half of the race before my legs stopped playing! I finished the race solo, just avoiding getting lapped (I actually went through the chequered flag first – the leaders finished 2sec behind me!) Bit gutted I wasn’t allowed to finish my final lap, but fairly happy to finish in 26th.

On to Sunday, not enough sleep, my lovely fixie bike and a whole load of the BC junior squad racing too. I warmed up my poor tired legs and focussed on doing a half decent 500m TT. I felt pretty pleased with my effort, but thought Rob was teasing me when he told me I was fastest! A good start! 7th in the scratch race and 3rd in the keirin put me in 3rd overall going into the pursuit. I knew I was going to be down in the pursuit with a whole load of specialists, but I had a shocker!! My legs just wouldn’t do it and I finished 10th putting me down in 6th, on equal points with 5th. I was suffering in the points race, but tried to hide in the wheels as much as I could to hold onto my 6th overall – good enough to put me into the overall National Series with two rounds to go later in the season. It was awesome racing with such talented juniors, especially my old teamie Lucy who had a great day to take 9th overall!

On Sunday Ollie, Alex Ashman and George Bussey rode the 2nd in the SE junior series in Sussex. Both George and Alex were very unlucky to suffer punctures. Ollie escaped the peloton with 3 laps (25miles) to go and formed a final lead group of 2 which finished more than 1 min ahead of peloton. Ollie did not quite have the legs for the sprint and took 2nd but now holds the overall series lead. 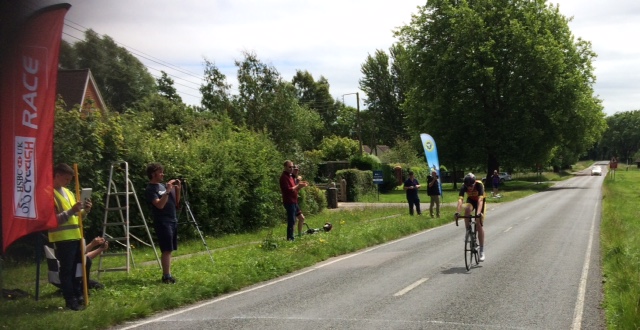 Spring in the park continued again last Friday with the usual TRC supporting the races. Thorsten(8th) in the under 8 race, Max (4th) Ludhaigh (9th) and Ilana (7th girl) in the under 10. Freya continued her good form for 4th in the U12 girls. Emily Heasman was 4th in the under 14 girls and Lance 5th and Jack 11th in the boys. Finally George Pittock just got blocked in the sprint in the U16 boys race to finish 17th