Four Thanet RC Race Team riders took the line at Cyclopark in a strong field of around 35. The conditions were dry but cold. The race took off from the gun. With all Race Team riders holding for 5 laps but then the attacks started coming causing splits in the group. Ollie Robinson was right side of the split, but Rob Milnes, Toby Hammond and Dan Martin didn’t mange to make the split. Ollie was working very hard to get across to a lone rider but was getting marked by other riders in the chasing group and wasn’t able to get across. Behind was Dan working hard in a the second group on the road but had to pull out due to a puncture. In the third group on the rode was Rob and Toby, eventually Rob had enough and broke away with Toby to whittle his group down to three. It came to 4 laps to go and Ollie decided to make his move and went with another rider and held the chasing pack off, Ollie took 2nd place after a very hard effort. Toby took the sprint from Rob, placing 15th and 16th respectively. 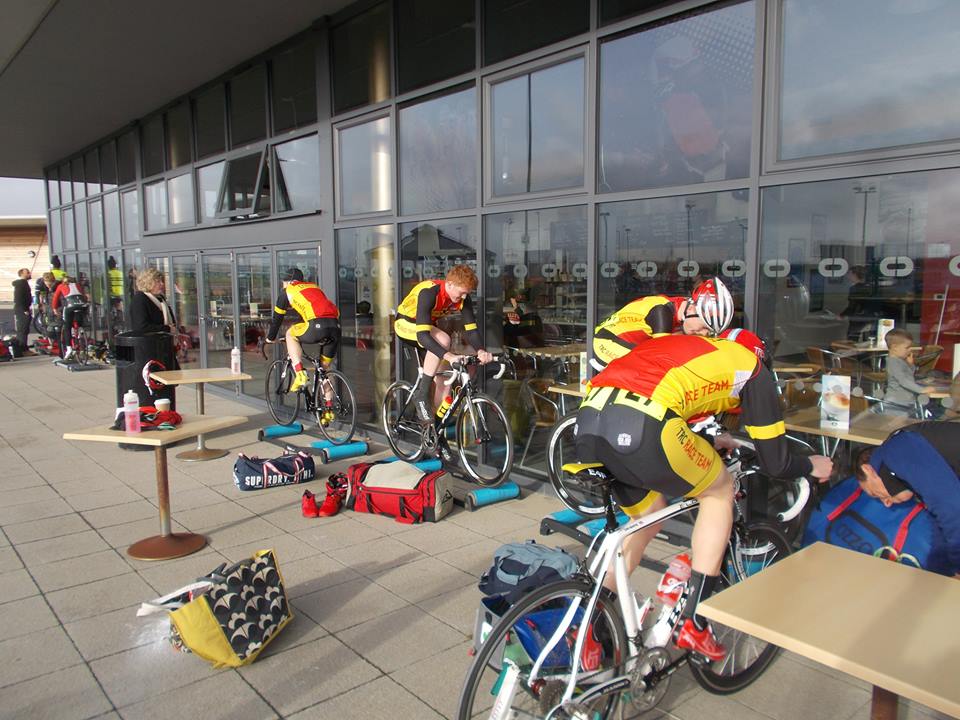