It was a good morning with the clear blue skies, increasingly warm temperatures and sunshine bringing out many drivers to the ‘Ham Street bypass’.

There was a southerly breeze making it quick from Brenzett to Ashford but providing some hard turns for the riders on the return leg.

The TRC teams put in some great times and improvements and we all gathered for tea, cake and photo in the HQ after the event – well all except Gary, Martin and Jason who were still riding (sorry guys!) 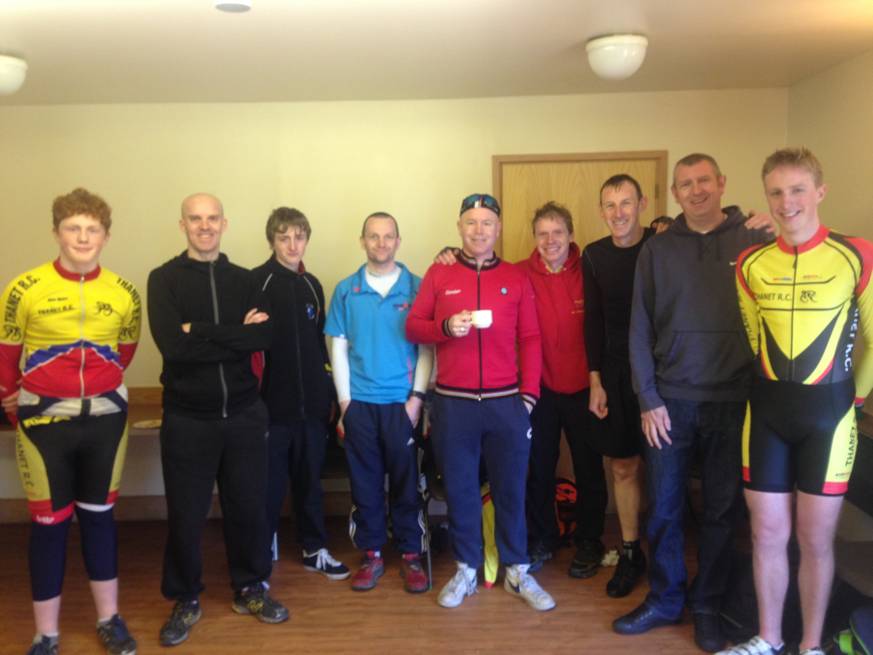 Thanks to Steve Airey at Catford CC and his band of KCA helpers for a great, well organised event- cracking start to the 2014 season