George Pittock took part in The Accumulator youth open track meeting at Lee Valley VeloPark on Thursday 28 December.
Open track meetings are unusual at youth level and the event attracted riders from as far afield as Manchester, Nottingham, Poole and Wolverhampton. Youth A (U16) Boys competed in four events – 24 lap scratch, elimination, 1k dash and 60 lap points races. With two national champions and numerous Olympic Development Academy (ODA) riders, the standard was very high.
George finished 19th in a very fast scratch race and 20th in the elimination after he was boxed in at the bottom of the track and could not find a gap.
He bounced back in the 1k dash where he stayed with the main bunch and hit 40mph before finishing a very creditable 16th.
George’s hopes for some early points in the points race were dashed when three riders attacked from the gun and gained a lap early in the race. George crossed the line seventh at the first intermediate sprint and missed the points by one place. The race was soon split into several groups and George eventually finished 14th and one lap behind the leaders.
The Youth A event was won overall by familiar opponent Oliver Stockwell of Welwyn Wheelers with Aaron Freeman of Chelmer CC second and Innes Harvey of VC Londres third. George finished 20th overall and described the event as his toughest yet on the track. 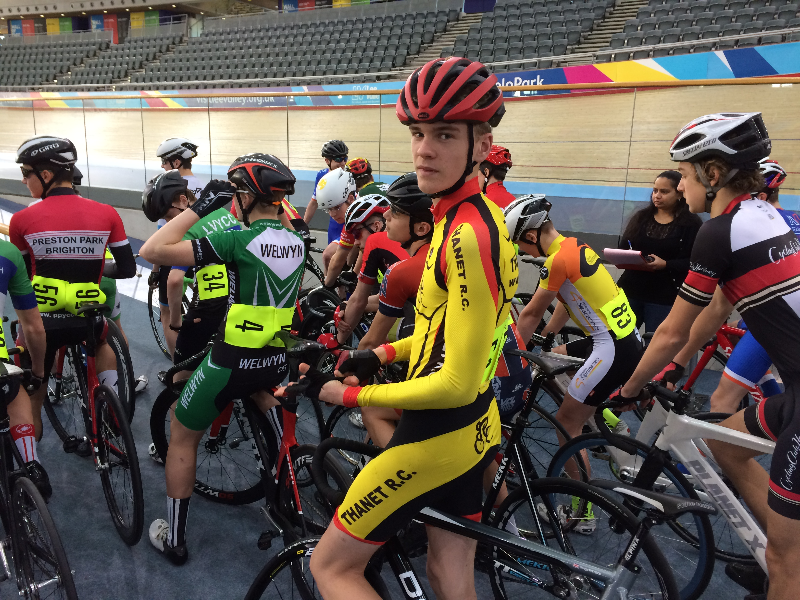