George Pittock achieved his best result so far on the track with second place in the points race at last night’s Full Gas Track League at the Lee Valley Velopark.

Stepping up this year from youth to junior and adult racing, George is the youngest rider in the competition and has made steady progress throughout the season with eight top 10 finishes before last night.

The points race, over 50 laps or 12.5km, is George’s preferred event on the track. A sprint is held every ten laps, with 5, 3, 2, and 1 point(s) being awarded to the top four finishers in each sprint. The winner of the race is the one to have the most points at the end of the race. In addition to the sprints, any riders managing to lap the main field are awarded an extra 20 points.

Having already scored one point in the first of five sprints (40 laps to go), George saw an opportunity when two riders went off the front just after the second sprint (30 laps to go) to try to gain a lap. He worked hard to bridge the gap and the three riders worked well together, taking further points and eventually gaining the lap with nine to go. At this point George knew he would not finish lower than third, and had enough left to take two points in the final sprint to secure second place. 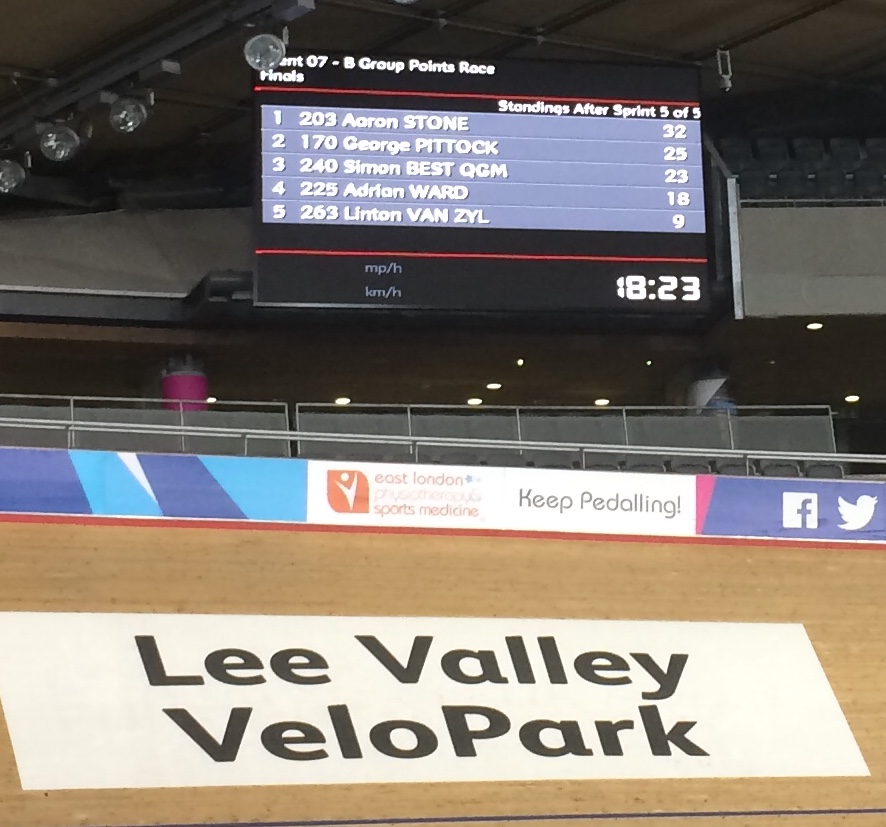