George Pittock (U16) achieved his first podium place away from his home circuit with a fine third place finish at the second of four Velo Club Venta Summer Criterium races at Winchester on Sunday.

George was in a group of five that got away early and it was soon apparent that the winner would come from those five, with Elliot Cox of host club Velo Club Venta looking the most likely.

George took a long turn on the front with three laps to go and then dropped to the back of the group to conserve some energy before the final sprint.

Cox, eighth at the recent Hillingdon nationals, had the momentum coming out of the final corner and took victory from Samuel Clark, ranked 16th nationally and from the Portsmouth based i-Team Cycling Club, with George about a wheel length behind and ahead of Owen Giles of Portsmouth North End CC.

This was an excellent performance from George who has prioritised criterium races this year specifically to improve his skills and fitness. 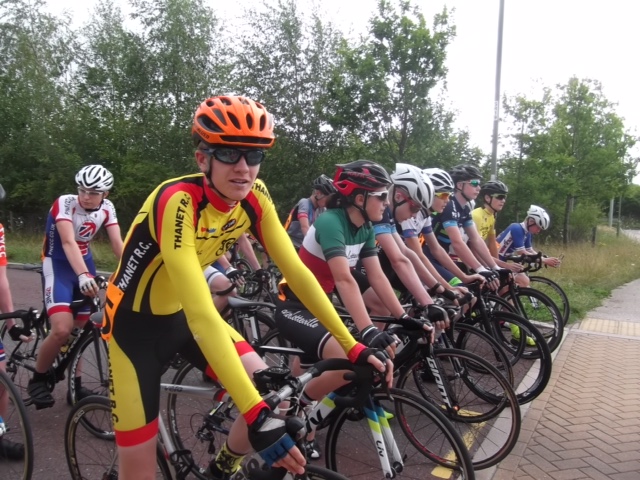